On this page we're going to share some strategies that should help you to learn how to make Coins in FUT. 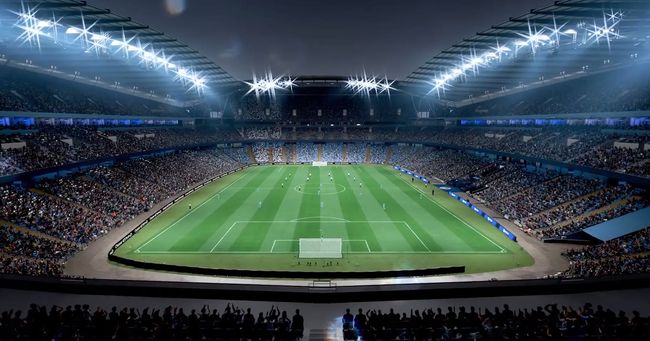 You'll get rewarded a bunch of Coins at the end of each match depending on your performance, and this can add up surprisingly quickly and really supplement your income. You'll unlock Coin Boosts as you progress through Season Progress and Milestones which will increase the amount of Coins you make.

Honestly, one of the easiest habits you can adopt that will help you with how to make coins in FUT is to play plenty of Squad Battles and Division Rivals matches every week. In both instances, you'll accumulate points for winning — and even losing matches — every seven days, and these will help you to reach different rewards tiers. The higher you rise through the ranks, the better your rewards will be at the end. You can choose between Coins, Packs, or a mixture of the two. Remember, if you plan to flip Players on the Transfer Market then you'll want to make sure you avoid Untradeable packs, as you won't be able to sell these.

Snipe Players from the Transfer Market

You can usually get the best Transfer Market prices late at night on Sunday through until early in the morning on Monday. You should sell at any time from Thursday evening to Friday morning, as this period will traditionally fetch the highest prices during peak hours. For more information on When to Buy and Sell Players in FUT, then click through the link.

It's often a good idea to sell cards that you don't need. Pay close attention to the average selling price of players on third-party websites, so you know their general value and don't get fleeced. We'd recommend exercising some patience and selling when prices are highest, usually on Thursday evenings through Friday mornings. While it can be tempting to open your Squad Battles rewards on Monday morning and flip the Players you don't need right away, this is typically when selling prices are at their lowest, so just sit on the cards until later in the week and you'll make more Coins in the long-run.

Throughout the lifecycle of every FIFA game, EA Sports rolls out new time-limited SBCs or Squad Building Challenges. Whether you plan to complete these yourself or not, it can be a good idea to pay attention to the completion requirements, as this can affect the value of Players on the Transfer Market. Team of the Week cards, or other promotional Players, can see a spike in value as fans rush to complete the latest SBCs, so sometimes it can be worth holding on to rare cards and flipping them at the appropriate moment. Try to pick peak hours to sell these Players.

As a general rule, you really shouldn't be buying Gold Packs with your Coins. This is because, between Squad Battles, Division Rivals, Seasonal Milestones, and SBCs, there are loads of ways to earn packs. Furthermore, because these packs are so easy to earn, the Transfer Market is often flooded with Gold Players, driving down their overall value considerably. If you must buy packs with your Coins, then consider opting for Bronze Packs or Silver Packs instead.

Remember Your Managers, Consumables, and More

Remember that Managers offer important boosts to teams based on their League, so are still a crucial component of the FIFA Ultimate Team experience. This means that they have value, so if you have no use for certain gaffers, then flog them and get some easy Coins. Another thing to consider is buying players from the Transfer Market with the Chemistry Consumable you want already equipped. While this won't necessarily make you Coins, it will save you them, as you won't need to dive into the Transfer Market to buy the Consumables you want.