Are you planning to join the fun? Well, if you are a newbie then it's better if you take a step back and listen. WoW is a package of intense strategic gameplay with an ocean of players all over the world. It requires a complete set of skills and years of practice to master. If you are planning to join without any practice then you are at a mistake here. For these players, we want you to get the best of this game, you need to fill some useful strategies in your head. And this is what this article is all about.

This article contains the best tips and tricks you need to master to get better at the game. Also, we will go through a bunch of other things as well. So, you better fasten your seat belts.

First, let's look at a basic intro to this article. This article is mainly based on the WoW Warlock class. We will discuss every necessary detail revolving around the Warlock class that will make you better in the game. We will start with its class intro, which will highlight different points including racial compatibility, strengths and weaknesses, best Warlock specs and talents, and much more. In the end, you will learn a bunch of things about the WoW Warlock class which will help you in the game.

If you are not interested in the Warlock class, you can check another one of our articles explaining your preferred class. And for Warlock users, you better hold tight till the end.

Before starting, here is a little intro about the WoW Warlock class. Warlocks are cunning warriors specializing in long-ranged attacks. Warlocks are the best option for offense as most of their abilities deal high attack damage. Warlocks also specialize in curses to weaken and disable enemies making them unable to fight. Including this, Warlocks bind demons to their will. These demons can be used for both attacking enemy units and as a shield against enemy attacks. The unique thing about Warlocks is their ability to teleport. A Warlock can effectively teleport its allies or summon them to its position. Its preferred weapon is a Wand, One-Handed Sword, or Dagger.

Enough with the intro, now let's come to the real part. Starting with racial compatibility, no matter which class you play with, it has a compatibility with a certain race. Therefore, you need to choose the race with the highest compatibility.

About the class, among the Allied races, we recommend going with the Void Elf race. Now, what's the reason behind this? Void Elf possesses many useful racial abilities that reinforce Warlock's abilities. The most important of them is the "Premature Calm" racial. As mentioned earlier, the Warlock class mainly relies on offense. Premature Calm enables the user to continue attacking even after being hit. This makes the user effectively deal with maximum damage attacks with complete crowd control. Including this, Void Elf offers a "Spatial Rift" ability that helps the user teleport using a rift. This mainly offers high mobility to the user that increases the survivability rate. So overall, Void Elf is the best choice.

Now, among the Horde races, we recommend choosing Orc for yourself. The reason again is racial abilities. The Orc racial “Hardiness” reduces the stun duration by 20% helping in mobility. Another useful racial is the "Blood Fury", which increases your attack power by 122 for 15 seconds. Blood Fury can prove to be a great benefit during burst rotation. So overall, you can rely on Orc pretty well. 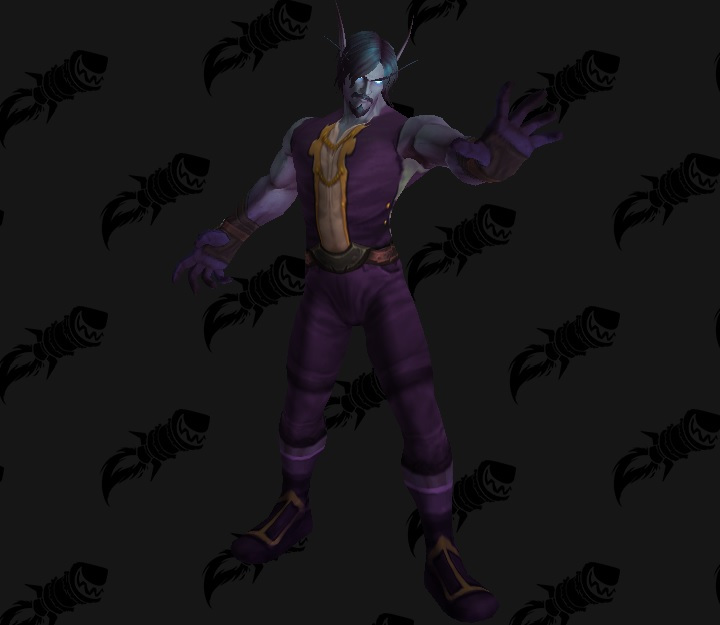 What are the best Warlock Specs?

Warlock offers three different specs each with its unique properties and abilities. Now, which Warlock specs is best to choose? Well, it's a quite difficult choice here in the case of Warlock as each spec has its unique abilities that are equally useful as the others. But, judging by the context, if you're are a starter, it's better to go with Affliction Warlock.

Affliction Warlock has a set of intermediate attacking abilities that are mostly applied to a greater enemy number instead of a single one. For instance, its "Malefic Rapture" talent deals equal to damage of all enemy units and is extremely useful against a large number running low in health. Others like “Agony” and “Shadow Bolt” also do their parts well.

Now about the Destruction Warlock, unlike the former one, its attacks are oriented more towards a single target. This proves quite beneficial in taking down a large enemy unit with a single blow. The most effective one is the ”Chaos Bolt”, which deals a devastating blow to a single enemy within a 40 yards range. Mainly, if you want to focus on taking down single enemy units, you can go with Destruction Warlock. 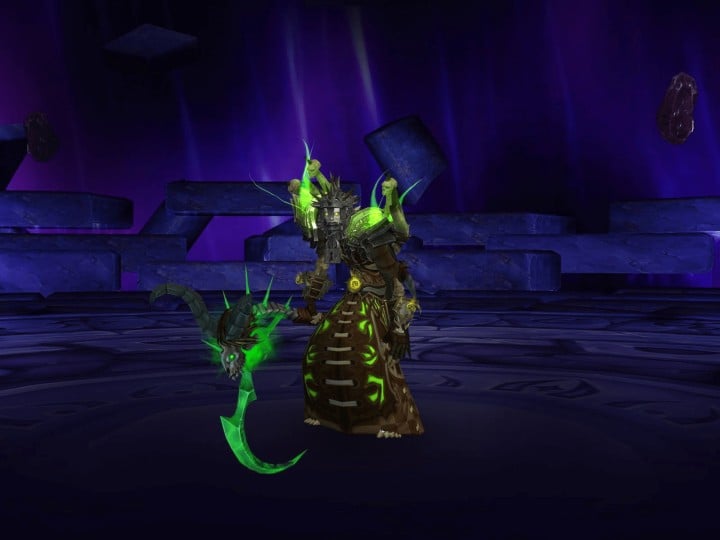 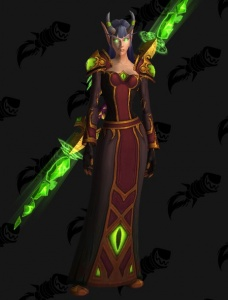 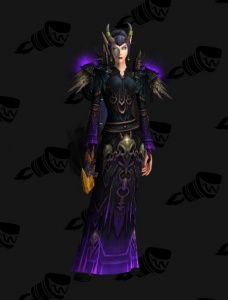 This is one of the most useful points of this article. Just like other classes, Warlocks also have a bunch of weak points which make them unfavorable in the first place. The best way to counter these weak points is by using the strengths effectively.

Affliction Warlocks have weak AoE damage and their burst damage requires a setup period. A good counter against these is by using Void Elf’s racial abilities. As mentioned above, you can use “Spatial Rift” to teleport that mainly helps with mobility. Including this, “Premature Calm” also helps with the damage.

Lastly, about the Demonology Warlocks, they mostly rely on their demon pets for attacking and also require some time to ramp up. As a counter, you can use their high mobility and high burst during cooldowns. Mainly there is just one trick when it comes to Demonology Warlocks, just keep your demon pets attacking at full pace and keep it going. This will make you score an easy win.

No matter which class you choose, you need to be well informed about abilities and talents to use them quickly and effectively. Let’s have a look at some of the best talents for Warlock.

We will continue to publish wow related information and guides, if you like, please like our articles, thank you:)